Hermione Vroom studied at the Utrecht School of the Arts. Later she studied at the Rietveld Academy for Visual Arts and Design. (painting) She was inspired by her travels through South America, Asia and Africa.

Then she continued her "Art Sciences at the Van Gogh Museum" in Amsterdam. She moved to France, where she worked as an artist and painted in Paris and St. Tropez, where she held exhibitions at places such as Gallery Pozar Stanislav.

Then came a period when she moved to Rome, Italy. While she lived in Italy, she traveled a lot in South America. Currently she is already 25 years back in Amsterdam, the Netherlands.

Looking back on important inspirations, she describes that when she traveled through South America, she became fascinated by:

The cheerful music, colors and airy lifestyle are a great inspiration for her. 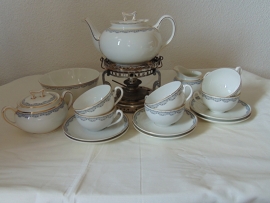